Posted on December 2, 2016 by neilwilliamson

A few months ago, during an attempt to tame the depths of the Big Cupboard In The Hall, I unearthed a box of last century media – floppies, minidisks, zip drives. And on one of the zip drives I was chuffed as ninepence to find a dump of files from one of my old PCs, including all of the writing I’d done up to about 2002, which I thought had been lost years ago.

Not only is it fantastic to have digital copies of all my stories again, but what’s really interesting is nosing through the things I’d started but got stalled on for one reason or another, and in some cases completely forgotten about. I’m looking forward to looking a little deeper and seeing if fifteen years additional experience will allow me to make any use of some of those, and in fact I’ve already turned around a story called Foreign Bodies, which appeared in Thirty Years of Rain in September. What’s really snagged my attention, though was a pair of files containing notes and a bit of the opening of my very first attempt at thinking about moving sort of roughly in the direction of writing a novel. It’s clear that I had absolutely no idea what I was doing.

The last edit dates on these files are 1999-2000 (this was several years before I started thinking about The Moon King), which means that I’d been been writing for five or six years by the time I attempted and quickly abandoned this project. Much of my output by that point had been dark-but-sensitive, slipstreamy stuff heavy on the symbolism, and this book was…apparently… going to be the apotheosis of what I’d being doing up to then. The novel, which was to be titled The Ephemera (before I used that name for my first collection), is ostensibly a love story … but it is also a story built around the conflict of inertia and progress, is based structurally on the children’s song, “Three Craws Sat Upon A Wa'”, and comes across in note form like a cross between Banks’s The Bridge and the Spotters Guide To British Birds because the agents of Progress all have avian names. For example:

Colombe
Tall, slim, of indefinite middle age; neatly and simply dressed in natural fabrics (wool, cotton, etc) and shades of grey. Serene, but not beautiful. Cold and unfriendly, like a statue – indifferent (seemingly) to Cooper’s quest for Magda. She is the keeper of the House of Birds, the guardian of the Ephemera. She orchestrates change whether it be for the better or worse, because to allow change is to live – this is what Cooper has to accept later – you he cannot escape change, to stay still is to fall behind.

The docs are bristling with notes like these, showing that I’d thought very deeply about the world and how it worked on a metaphorical level.

magpie’s house      A house where  everything has gone to ruin – birds in cages mummified, a bowl of apples withered to brown nuts, an iron wall clock rusted solid, damp throughout, mould/fungus morphing the wallpaper, garden gone to jungle. As if at some point in the house’s existence either Magpie or later Twa Craws just said, “change nothing, freeze this moment” and then realised that everything is ephemeral anyway. Makes sense for it to be Twa Craws? Afraid of change. The house is littered with stuff, acquired stuff, bright things gone to tarnish. Magpie things.

I just didn’t have a story.

So, I don’t know. As I look forward to writing projects for next year, maybe this museum piece is something I can reassemble and put on display. I can see it perhaps working at novella length. It’ll be fun to play with anyway. 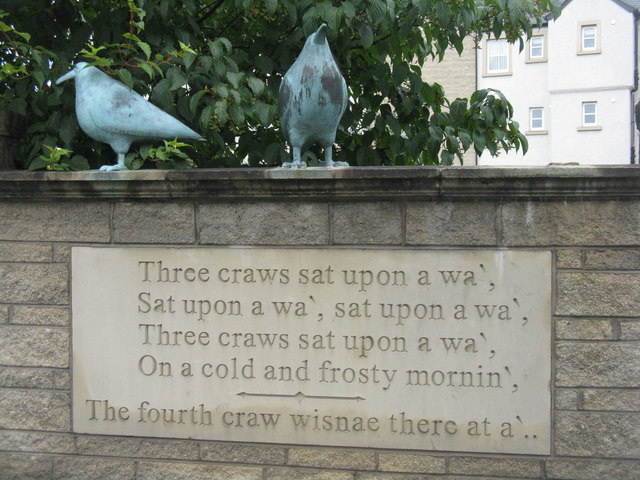