Out of the blue last week a picture appeared on facebook of my old band (80s hard rock, mullets and power ballads – you get the picture) and in addition to the predictable surge of horror/nostalgia, I realised that being in a band – having a bunch of people that you bond with musically, that you create songs with and play with just for the sake of playing – is one of the real genuine pleasures in my life. Royale (yes, we were called Royale, unironically and pre-Pulp Fiction, deal) was ace. We were teenagers. We gigged a little, we wrote some good songs (and some not so good ones, but so it goes). We got our driving licences and could actually drive ourselves to play shows. The best of times.

After Royale, I moved to London and wrote the kind of bedsit songs that people in their early twenties living in rented rooms in London write: grim and enormously self-indulgent. Most of those songs never made it off the four-track. In fact, not long ago I binned all the masters without listenig to them. It was for the best.

Scoot forward a few years. Back in Glasgow and at a loose musical end, my friend Simon got in touch. He was putting together a band from scratch, did I fancy giving it a shot. Why not? When Murnie finally got off the ground, minus the drummer and bass player who’d originally expressed interest, there were three of us. Me, Simon and the genius of all things stringed, Andy Miller. That was enough to jam out song ideas and, more importantly, we had a manifesto: we were doing this for fun, so nothing maudlin, no songs about emotions, nothing even in a minor key. To cement the ethos, one of the first songs we wrote was called Nothing Rhymes With Angst. It was better than it sounds. When it came to auditioning drummers, we met Norry who totally understood what we were doing, and nailed that song first time through. There are a few songs from that first phase that never got recorded, and to be honest noone really needs to hear Wolverine And Peaches or Mr Finkwinter (although, whisper it, there is a live recording of our first gig at the 13th Note, which I’m holding on to for blackmail material).

When Andy moved on to pursue mastery of the Oud (and the Ood), Murnie reverted to a three-piece and released our first EP. Written On The Kitten is all about that original irrepressible bounce. After that, though, we started a new phase of songs, which perhaps took themselves a little more seriously. The ethos changed from unremittingly up to one that allowed us freedom to do whatever we felt we wanted to, irrespective of what was happening around us. We got a new motto: Never Knowingly Cool. This suited us more, and it made sure that we sounded like no other band in Glasgow. People threw comparisons at us that only really fit one or two songs. For me, there’s no bigger compliment.

We wrote a lot of new songs, and started planning for an album. There was going to be twelve songs on it and we were going to record it ourselves…and eventually we realised that we had too little free time to ever complete that project. So, we changed tack and released a series of EPs instead. Sundaymouth and Crackle both contain tracks from the album. Oddly enough while we were still labouring on those, we got opportunity of some free recording time and issued Glitter Flies, containing four more recent songs before either of those came out. 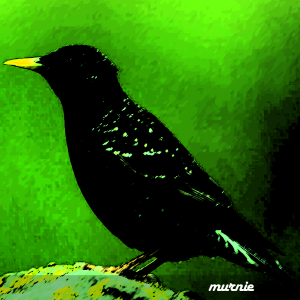 And then…life happened (literally, in the best possible way – some of us went of to make children, some to make houses, some to make books). It’s been over two years since our last release, five since our last gig, and it’s time to inflict more stuff on y’all. We’re a long distance from unremittingly up now. The new songs are a bit wry, a bit cynical, hopefully still really tuneful. Look out for gigs in September, maybe a recording session after that. One thing they’re not, or will ever knowingly be, is cool. But they are Murnie.

In prep for all this happening, we’ve made all four of our EPs available on the bandcamp page on a pay-what-you-want basis…which can be nothing, we don’t mind. Have them, with our blessings. And for those without the time to wade through all that, we’ve created a wee sampler of the tunes that we reckon are closest to the new ones.Just as a taster. Check them out if you get the chance.