Really excited about the imminent release of Elasticity: The Best Of Elastic Press, edited by Andrew Hook. For the uninitiated, between 2002 and 2008 Elastic Press kick-started the careers of dozens of indie, genre and slipstream writers by giving them a platform to showcase their short fiction. 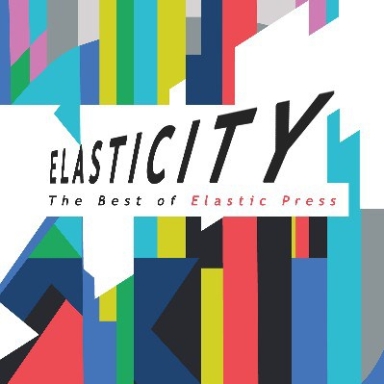 I still treasure volumes by the likes of Marion Arnott, Gary Couzens, Mike O’Driscoll, Chris Beckett, Gareth L Powell and Justina Robson, as well as Elastic’s quirky, off-beat anthologies such as The Alsiso Project, The Elastic Book Of Numbers and Extended Play: The Elastic Book of Music.

Elastic published my first book, The Ephemera, too and one of the stories from that book, Amber Rain, is included in Elasticity.

Whether Elastic Press is new to you or whether you want to indulge yourself with extremely high quality nostalgia, I’d urge you to get a hold of this book. Having seen the table of contents I promise you a mind-expanding experience that you’ll thank me for.

And if you’re in the London area, NewCon Press are holding a double launch event at the Star of Kings pub in Kings Cross on Saturday July 18th from 1pm. There’ll be copies of both Elasticity and the Best of British Science Fiction. I won’t be there but many of the other contributors will.