Some of you will know that I’ve a long held admiration for Interzone magazine. It’s the mag that made me fall in love with short form SF and Fantasy, and I’ve been reading it for forever. I’ve been published in Interzone several times–and several times before that in TTA Press’s first title, The Third Alternative–which is why it’s absolutely lovely to be able to announce that the next issue of Interzone will see my return to TTA pages.

Issue 252, out in May, will feature a review of The Moon King and also an interview with me, both conducted by Andrew Hedgecock. Not only that, but the issue will also feature a brand new story. The Posset Pot is a story I’ve been tweaking, off and on, for several years and it features the destruction of Glasgow with a very strange apocalypse. Here’s the preliminary artwork by Richard Wagner. 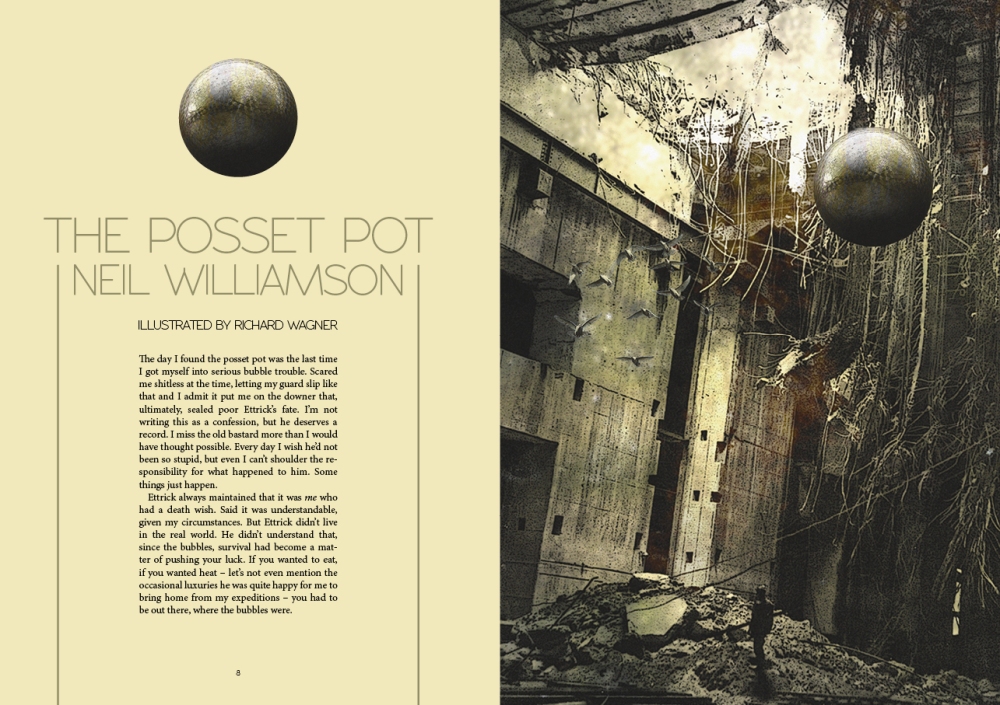 And there’s more. Issue 253, released in July will feature another new story. This one is called The Golden Nose. It’s a sort of European fable and brings both fantastical and science fictional elements together in a tale of olfactory ambition and fall.

Hope the Interzone readers enjoy them!

5 thoughts on “Return to Interzone”